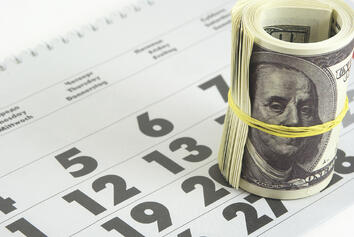 For many tenants, a rent escalation is a yearly occurrence. They can come in two basic types -- fixed and variable -- although they can also come into play when your lease comes up for renewal. While some tenants are able to avoid them, they are usually an unavoidable cost of occupying real estate and need to be managed and planned for. Their terms can vary from lease to lease, so it's best to carefully abstract your lease so that you can predict both what will happen and when.

Some leases are structured with fixed escalations. For instance, if you have an office space that rents for $24 per square foot, the lease may be written with 50 cent annual increases. This means that, after a year, the rent will go up to $24.50, and a year after that it will go up to $25, continuing until the lease expires. Others are written with a flat percentage. A $24 lease with 2 percent annual escalators would go to $24.48, then $24.97, then $25.47 and keep going up. Read your lease carefully, though, because the way that the escalations get calculated can be complicated, especially when it comes to rounding off rents that are less than one cent. Over time, these small issues can add up.

Some leases have a rent escalation system that gets tied to an outside metric, like the Consumer Price Index. Under these systems, if inflation (as measured by the CPI) is 1 percent, your rent will go up by 1 percent. If inflation is 10 percent, though, your rent goes up by 10 percent. It isn't uncommon to see these leases structured with a cap. For instance, the lease may say that it will go up according to the CPI or 3 percent per year, whichever is less. This structure is very tenant-friendly since you get small increases when inflation is low but, if inflation goes up, your rent doesn't keep up with it and you end up saving money over time.

Rent escalations typically occur at one of three times:

When a tenant executes an option to renew, the rent escalation clause can be structured in a few ways. Some continue the current lease's terms, so if your lease goes up 2 percent per year, it will go up 2 percent per year in the option period. Others have a single large increase, and others reprice the rent to fair market value or some fraction of it. The latter choice can be dangerous since, if the market's rent markedly increases, you could end up facing much higher rents when you renew, potentially making your space unaffordable.

Other articles to check out:

What Tenants Should Know about Rent Abatement