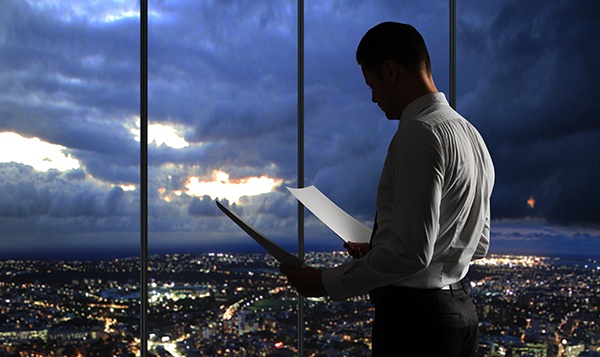 Rent escalation clauses are standard parts of most commercial real estate leases. If your company rents space, your rents are probably set up to go up automatically over time. While escalations of a percent or two (or three or four) per year might not necessarily seem like a big deal, they can actually have a large impact on your occupancy cost over the period of time that many leases span.

Lease escalations come in a few different forms. Some leases have a single payment that covers both a charge to the landlord for the use of space in his or her building and for the costs of managing that space. Others have separate payments for rent and for operating costs. Landlords can include rent escalation clauses that increase actual rent, operating cost reimbursements or both.

Rent escalations that are not directly tied to shifts in operating costs typically take two forms. Some leases have clauses that define fixed increases. These can take the form of a percentage, such as a 2 percent annual increase, or they can be structured as a flat increase, such as having rent go up by 50 cents per square foot per year. Variable increases are typically tied to an index that tracks the rate of inflation, such as the Consumer Price Index (CPI). The timing of increases can also vary. While many landlords like annual small increases, longer term leases may have larger increases spread out in time, such as a 10 percent increase every five years.

Typically, a rent escalation system tied to the CPI or to another measure of inflation is considered the most landlord friendly. The risk that your company takes in signing one of these leases is that if inflation spikes, your rent could also spike. However, if you are able to combine this lease with annual caps that limit how much it can go up -- such as setting the increase as "CPI up to 3 percent" -- you could get the best of both worlds. In times of high inflation, your lease goes up, but not too much, but when inflation is low, you end up with little to no rent escalation to worry about.

If your lease breaks out operating costs, those expenses also vary. Frequently, common area maintenance charges are billed on an annual budget basis. At the beginning of the year, your landlord's management team calculates an estimate of what it will cost to run the building. They then charge you your share of those expenses, split out on a monthly basis. At the end of the year, they do a reconciliation and either reimburse you for your overpayments or send you a bill for underpayments. They also do a new budget for the new year and adjust your payment accordingly, usually leading to a rent escalation.

Some gross leases that are supposed to include operating costs can also have a provision that allows the owner to justify a rent escalation just for operating costs. Clauses like expense stops and base years are written to establish a baseline of operating costs so that you can be made to pay an increase over that baseline.

Understanding rent escalation clauses can be a challenging process. Working with an experienced commercial real estate broker can help to ensure that you have access to the right tools and knowledge to be able to calculate what exposure your company could have to rent increases both in the near- and the long-term.

A tenant rep can help you every step of the way, make you sure have one on your side.

Other commercial real estate articles to check out:

Making the Lease vs. Purchase Decision