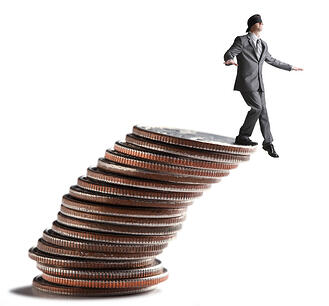 While the looming fiscal cliff may not be good for business, it could actually yield certain benefits vis-a-vis a company's commercial real estate portfolio. Setting aside the hysteria and to look at the potential impact, it becomes clear that the cliff poses more of a threat to private landlords than to anyone else. Should the country go over the cliff, it is likely to impact the commercial real estate world in two different ways -- by changing the tax code and by impacting the broader economy.

The 'Fiscal Cliff,' Taxes and Your Commercial Real Estate Portfolio

The key provision of the 2013 fiscal cliff is an increase in both income and capital gains tax rates largely impacting those with higher incomes. It will also eliminate the special tax treatment of stock dividends, making high-yield stocks significantly less attractive. This should stimulate demand for investment real estate, since it is one of the most tax-advantaged investment classes available.

Owners get two significant tax benefits from real estate ownership. Depreciation allows them to shelter a meaningful portion of their net income, especially on a leveraged building, from taxes. In addition, the 1031 tax-deferred exchange lets them buy and sell property without having to pay capital gains or depreciation recapture taxes. With all of these taxes going up, the economic balance shifts more in favor of real estate than of other asset classes. This typically increases the prices that investors are willing to pay while also increasing demand for it.

When real estate pricing demand goes up, developers are more likely to complete new space on "spec" -- erecting buildings when they do not already have tenants to fill it. Spec space entering the market usually depresses rents, allowing you to lock down space at lower prices or, in a worst case scenario, reducing the size of your rental increases when you have to renew spaces in your commercial real estate portfolio.

The Fiscal Cliff, the Economy and Your Commercial Real Estate Portfolio

Should the US hit the fiscal cliff, it will cause a significant shock to the economy and likely push the nation back into recession. In this instance, the balance of power in leasing negotiations shifts from landlords to tenants.

Recessions typically cause increased vacancy as new spaces built on spec sit empty and contracting and failing companies abandon existing space. High vacancy rates cause real pain for landlords, with heavily-leveraged landlords being especially strongly impacted. As vacancy grows, rents typically begin to trend downward. For example, during the Great Recession, it was not uncommon for spaces that were renting at $27 per square foot at the pre-Recession peak to end up being re-leased at $18 to $20 a foot. A situation such as this is exactly why you will want to benchmark your portfolio to more current market conditions.

While the threat of a "fiscal cliff" would most likely lead a company to take a more conservative approach when it comes to pending deals and projects, a dip in CRE market rates presents a great oppurnity for tenants.