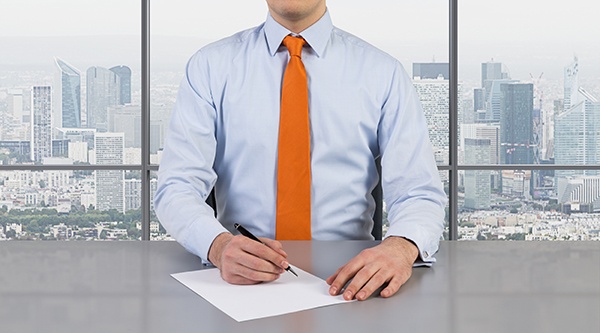 Some tenants enter space negotiations by touring potential sites with their broker then sending out a request for proposals. The RFP process lets tenants collect offers from landlords without revealing a great deal. However, there might be times when you want to directly enter into a negotiation with a landlord. In those instance, you and your broker can choose to submit a letter of intent and bypass the RFP process.

Understanding the Letter of Intent

When drafted properly, a letter of intent is a way for you to stake out a position with a landlord in the hopes of enticing him or her to engage you in a negotiation to let you sign a lease for a space. Typically, the LOI spells out some or all of the main business points that would be contained in a lease but does it in a less formal document. The idea is for you and the landlord to see if you can come to an agreement before going to the expense and inconvenience of drawing up a formal lease agreement. Frequently, the momentum that you build up by negotiating the business points in the letter of intent can also help carry you through the arguments over the legalese in the lease agreement, as well.

LOI forms can differ from deal to deal, but most share common elements. For instance, your LOI will probably list your name and the name of the landlord as well as describing the space that you are looking to occupy. It should also contain language that says that you and the prospective landlord will work with each other exclusively until one of you ends the negotiation. Typically, you will also list when you'd like to move in, how long you'd like to lease the space and what role, if any, the landlord will play in customizing your space for you. You will usually also include a proposed rent and some information on what the rent covers and on what additional charges, if any, you will pay.

Crafting a Letter of Intent for Maximum Flexibility

Writing an LOI requires some care. Even though it is supposed to be an informal document, it is usually best to get help from both a commercial real estate broker that represents you and from a qualified real estate attorney. While the former can guide you as to what is reasonable to request in your market, the latter can save you from using any language that could obligate you in unexpected ways.

Many tenants choose to make their LOI non-binding. This means that they retain the right to cancel the LOI and move on to another space at any time. Making it non-binding gives you control. However, doing it right can require careful drafting.

It is also wise to write your LOI in a way that allows you to change anything during the negotiating process. Including language that says that all points -- whether or not they are included in the letter of intent -- can be negotiated is a good strategy. This way, you have the ability to throw additional issues into the negotiation if the landlord will not agree to one of your terms.

Ultimately, the letter of intent can be a powerful tool to signal when you are serious about a space. Using it wisely can increase the likelihood that you get control of the right property while not forcing you into a weak negotiating position.

Some of our other Commercial Tenant articles: