Solar Panels: Are They Worth Installing for My Commercial Real Estate? 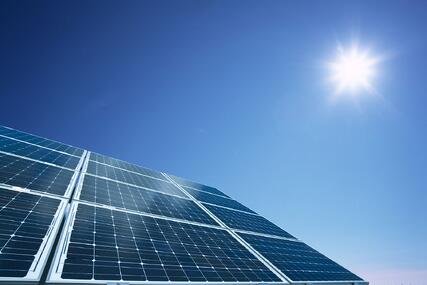 Solar panels utilize the energy of the sun to produce power for a building. The use of photovoltaic solar systems have become a popular way to retrofit commercial real estate properties and increase environmental sustainability. While solar panel installations typically have longer pay-back periods than other environmental retrofits like high-efficiency lighting or water conservation measures, they can generate meaningful cost savings as well as help your company qualify for additional LEED credits for its green building portfolio.

Photovoltaic solar systems are relatively simple. They have large arrays of panels mounted to face the sun and an inverter that converts their direct current output into regular alternating current power. The more space that you have with an unobstructed view of the sun, the more power you can generate.

There are two ways to install a PV system. The first is to put it on a commercial real estate building with a large roof surface area. The other is to use PV panels as shades for large parking lots, which is more expensive. As such, solar systems usually work better with retail centers, warehouses, or low-rise office campuses that offer large areas of space either on the roof or on the ground. While you could put a PV system on a high-rise office building, the total power generating area is relatively low. Also, if your building isn't the tallest one in the area, shadows could block the sun and your panels.

There are two ways to tweak the return of the solar systems on your commercial real estate buildings. The first is to change what you pay for them. The second is to squeeze more production out of them. Both factors are directly related to where you build your system.

Through the end of 2016, the IRS offers a 30% tax credit against the cost of a new solar system, with no upper limit. In addition, many states, communities and utilities offer additional credits that can help you reduce the cost of a solar system. Nevada offers small businesses rebates of up to $62,500 in addition to property tax abatements. New York City offers a property tax abatement while New York state exempts solar systems from sales tax. You can learn more about the incentives available in your area at the DSIRE Solar Portal, administered by the U.S. Department of Energy and North Carolina State University.

The location of your system has a direct impact on its production. A system installed in Seattle should on average, produce for 3.6 hours per day at full effectiveness. The same system in New York City gets 4.1 hours per day. In St. Louis, it's 4.4 hours per day, in San Antonio, it's 5.3 hours and in LA you get 5.6 hours. To get maximum return, install systems on your commercial real estate buildings in Albuquerque (6.8 hours), Phoenix (6.6 hours), and Las Vegas (6.4 hours). Putting a system in a more effective area isn't just good for your bottom line - it also improves your corporate sustainability by reducing your carbon footprint.

The payback periods on commercial real estate solar installations vary greatly based on four variables: the cost of the system, the value of the incentives that you receive, your total production and your cost of power. If you can get generous credits and use a relatively inexpensive system to produce a lot of power and get out of paying a high electric rate, a seven year payback is possible.Commercial real estate solar paybacks frequently take 15 to 20 years. However, photovoltaic technology is quickly advancing and it appears that payback periods could be reduced even further in the near future.