LEED Update: What is New with the Latest Rating System? 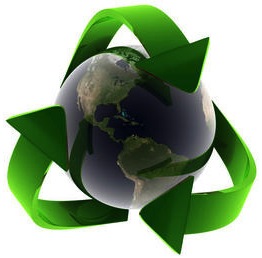 Just adopted in July 2013, version 4 of the U.S. Green Building Council's LEED environmental rating system will be officially announced at the GreenBuild conference in Philadelphia in November 2013. LEED v4 is a quantum change in the way that commercial real estate projects qualify for recognition as green. After a long process of public comment, it passed the USGBC's voting process with 86% support, when only 66.7% was needed.

The basics of LEED certification remain the same. New or existing projects can earn one of four levels of certification by earning "LEED points." LEED still has a 100 point system where projects earning 40 to 49 points are "certified," 50-59 point projects are "Silver," 60-79 point properties get "Gold" certification and the highest "Platinum" certification gets awarded to projects with 80 points or more. However, the way that those points are earned, and the properties that qualify for points, are changed. Here is the website for v4.

LEED v4 has separate rating systems and criteria for 21 different types of residential properties, developments and commercial real estate buildings. Some of the new building types added to LEED v4 include warehouses, distribution centers, and data centers. LEED is not an office building-only standard anymore.

The Green Building Council has gone a step beyond the regional credits in previous LEED systems by redesigning LEED v4 to be globally appropriate. One example of this is that LEED is now fully compatible with the metric system. The USGBC is so dedicated to making LEED global that it will absorb the certification fees for the first LEED-certified projects in 112 different countries from Afghanistan to Zimbabwe. This makes it easier for global companies to meet their green commitments in their commercial real estate anywhere they locate.

With the v4 standard, the USGBC has refocused LEED on reducing building carbon emissions. Approximately 20% of a building's LEED points can come from exceeding the ASHRAE 90.1-2010 energy efficiency standard, which covers efficiency for a building's lighting, HVAC and hot water systems as well as the efficiency of its envelope. The USGBC estimates that this one change will do more to reduce a building's carbon footprint than anything else in the LEED standard.

Builders can also earn up to 9 points for selecting certain green building materials, such as FSC-certified wood, in the construction of commercial real estate properties. LEED v4 also includes a new "Integrative Credit" that allows projects to earn points for including environmental outcomes as a part of their planning from the start of the project, instead of just bolting on green systems.

While industrial buildings have earned LEED certification prior to v4, the new LEED categories for data centers and for warehouses and distribution centers make the process of qualifying for certification more straightforward. For instance, LEED v4 contains standards for lighting that include the use of daylight to replace some electric lighting and occupancy sensors to further reduce energy consumption. It also uses ASHRAE or Energy Star standards to guide warehouse designers in how to minimize HVAC energy consumption. For data centers, water usage is now a major part of earning LEED v4 certification.

LEED v4 will lead to greener commercial real estate buildings. However, many property types will also find it harder to earn points due to the higher carbon-output focus in the new credit weighting system. Since one of the primary ways to reduce a building's carbon footprint is to reduce its energy use, companies can recoup these costs relatively quickly. A five-year payback period is now a new standard for many commercial real estate efficiency projects, with many hitting three-year paybacks. With generous subsidies available for LEED-friendly upgrades like photovoltaic solar panels or LED lighting systems, the LEED points and the attendant cost savings are within reach for many developers and occupants. In this way, LEED v4 could lead to a greener future for company's bottom lines as well as for the planet as a whole.

4 Markets to Watch for LEED Certified Buildings in 2015