Impact That Millennials are Having on the Office Market 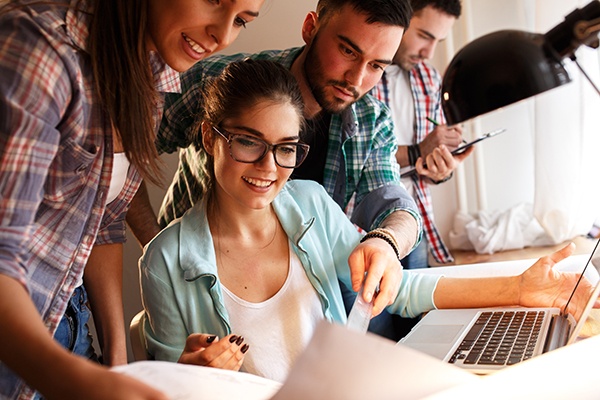 With Baby Boomers reaching retirement age and Millennials entering the workforce, the makeup of many companies is shifting. This has led to some speculation about what effect Millennials are having on office rentals across the country.

Office occupancy growth generally has been slow throughout the United States, but it doesn't seem that Millennials are to blame for the phenomenon. An article published in National Real Estate Investor magazine studied the office rental rates in 82 major markets across the country and found no correlation between the population growth rates among Millennials and office rental rates. While it's true that in the cities where Millennial population growth was the highest--Hartford, Connecticut; New Haven, Connecticut; Buffalo, New York; Providence, Rhode Island; and Detroit, Michigan--had low office rent growth rates, the entire real estate market in these metropolitan areas were low performing.

What Millennials Are Affecting

Although Millennials aren't impacting office rent growth, the interests, needs and values of people aged 20 to 34 in the workplace are having an impact on office rentals. Here are some of the things that Millennials are causing:

- A Shift Toward Open Floor Plans. Millennials generally seem to prefer a more collaborative and cooperative approach to work. In a survey, 88 percent of Millennials stated that they preferred collaborative work cultures to competitive ones. Being confined in cubicles or separated into offices inhibits Millennials' ability to work closely with their peers and to collaborate with employees in other departments. As a result, many Millennials tend to perform better and feel more enthusiastic about their jobs when working in a more open environment.

- A Desire for Centralized Locations. While Baby Boomers may have preferred an easier commute to a location in an office park in a secluded area, Millennials tend to prefer workplaces that are in the heart of the city and close to dining spots, bars and stores. In a survey, 84 percent of Millennials said that a work-life balance is important to them, making them less willing to spend large portions of their day commuting or to work in a secluded area that doesn't allow them to easily meet friends for drinks after work or run errands on their lunch breaks.

- An Increased Emphasis on Amenities. Millennials' desire for a balanced blend of work and life has led many employers to look at how they can make workplaces more appealing to talented young employees. Adding gyms, cafe-style meeting areas and other amenities that may not have been necessary for Baby Boomers has become a trend in office buildings. Studies show that Millennials are much less likely to be loyal to one company and tend to look for new employment more frequently than their older colleagues. In fact, 25 percent of them say that they believe they will work for six or more employers over the courses of their careers. Companies that have appealing in-office amenities may be better able to retain top talent and minimize turnover among Millennials.

Here is an article exploring millennials and the states and cities they are relocating to.

Take a look at some of our other Office articles: