City vs. Suburb: The Office Space Choice That Won't Go Away 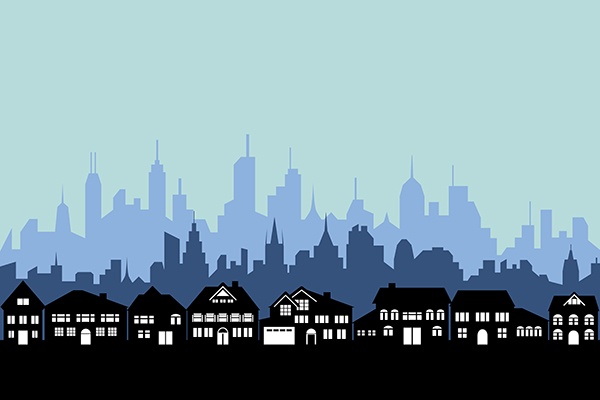 Way back when, it used to be that you had to lease office space downtown. Then, in the 1970s, companies started following their workers out to the suburbs and the large suburban campus was born. Now, the rule of thumb is supposed to be that you have to move back into the city. However, it isn't quite that simple.


Millennials and the City

The Millennial generation is no longer just filling entry level jobs. Now, they're moving into middle management and achieving higher levels of success. This means that their preferences are getting more, not less, important as you make decisions for your company's office space.

Millennials love work-live-play environments. This is one of the many reasons that they are drawn to downtowns. In addition, they stereotypically don't love cars or car ownership. Between a high degree of willingness to take public transportation and the ubiquity of ride sharing services (like Lyft and Uber) as well as car sharing services (like Zipcar), many of them are choosing to eliminate that expense. Life without a car also means life without needing to pay for parking at the office or without having to sit in traffic to commute downtown.

Urban office space doesn't only work well for Millennials, though. It also works well for companies and for employees of other generations. Everyone can benefit from working in an integrated environment like a 24-hour downtown. Furthermore, having a cluster of offices near each other makes it easier to meet and network with other professionals, vendors and customers.

Furthermore, it is frequently easier to recruit talent to a downtown office. Millennials live downtown. Baby boomers with empty nests that have enough equity to sell their suburban homes are also choosing to move downtown. This means that it can be easier and less expensive to bring your office to your workers -- in the CBD.

The Benefits of Open Office Space

The Suburb Strikes Back

However, suburbs have some meaningful benefits. The first one is cost. Office space in suburban locations almost always costs less than equivalent space in the CBD. While rents vary from market to market, it's a good rule of thumb to assume that a space in the suburbs will be about 75 percent of a CBD space. So if you're looking at spending $50 downtown, you will probably end up spending $37.50 outside of the core.

Rent isn't the only area where moving to the suburbs can save money. Many suburban buildings offer free parking. Whether you pay that cost or your employees pay for their own parking, when the parking is free, someone saves money. Furthermore, cities like New York, Detroit, Denver and St. Louis impose income taxes on businesses, workers or both. Many of them have suburbs that don't impose taxes, saving even more money.

Finally, suburban office space can also make sense for the simple reason that many people still want to live in the suburbs and, when they live there, they want to work there. One of the reason that Millennials are so unique is that they're young. As they are aging, more of them are getting marries, buying cards and having children. All of those activities are compatible with suburban living -- and suburban working.

For all of these reasons, the decision between urban and suburban office space remains a highly individualized one. The question isn't what's best in your market. Instead, it's what is best for your company, your employees, and who you want both to be going into the future.

Six Amenities to Look for in Office Space

Parking and Your Office Lease